2. History of the Company

1985: Started serving the needs of overseas Filipinos, for their cargo requirements bound anywhere in the Philippines.

July 12, 1993: LBC Express Holdings, Inc. (LBC) was incorporated as Federal Chemicals, Inc. to engage in the manufacture of various adhesives, sealants and other chemicals for hardware, construction, do-it-yourself and industrial applications.

December 21, 2001: the Company has been a publicly-listed company and was traded under the ticker symbol "FED" on the Philippine Stock Exchange (PSE)

September 2007: the Company changed its corporate name to Federal Resources Investment Group, Inc. (FED) as well as its primary purpose to that of a holdiing company.

April 23, 2015:  the Board of Directors of the Company approved the issuance of 59,101,000 common shares, at 1.00 per share, out of the unissued portion of the Company's authorized capital stock to LBC Development Corporation, subject to acceptable documentation being arrived at, as well as the fulfillment of such conditions agreed upon by the parties, including a mandatory tender offer, where required under relevant laws and regulations.

May 18, 2015:  the Company and LBC Development Corporation entered into a Deed of Subscription, whereby LBC Development Corporation, subject to the completion of the mandatory tender offer, subscribed to 59,101,000 common shares out of the unissed authorized capital stock of the Company or 59.10% of the authorized capital stock of the Company. The consideration for the subscribed shares was 59,101,000 or 1.00 per share.

July 2015:  LBC Development Corporation (LBCDC) completed its tender offer to FED's shareholders and became the owner of 59.1% of the Company.

October 2015:  LBCDC acquired more shares and increased its equity interest in FED to 84.6%

October 12, 2015: SEC approved FED's application for the change in corporate name to the present one. The Company however, maintained its primary purpose of being a holding company. 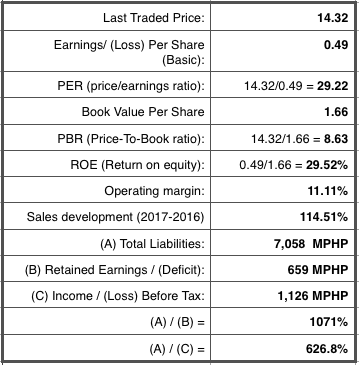 Education: Bachelor of Science in Business Administration at College of Notre Dame Of Maryland

- October 26, 2015 - Present :  Chairman of the Board, Chief Execuive Officer, and  President at LBC Express Holdings, Inc. 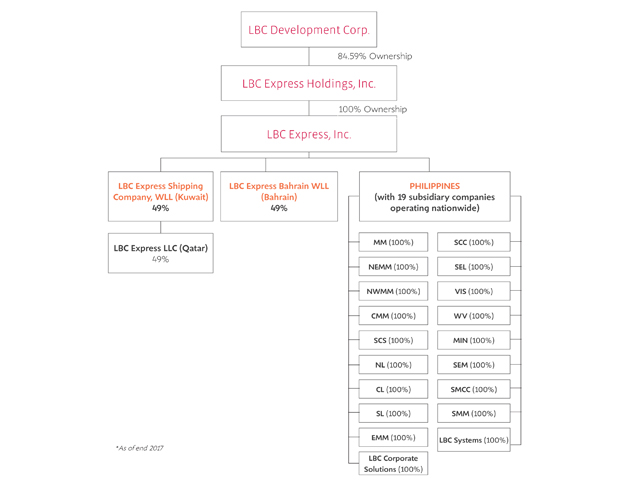