We'll discuss Universal Robina Corporation (URC) as one of the companies that dominate the Food, Beverage & Tobacco industry. URC is one of the largest branded consumer food and beverage product companies in the Philippines. It is among the Philippines' pioneers in the industry. This company has been in the industry for more than 50 years and yet they continuously expand their wide variety of products that cater Asia,Europe, Japan, Korea, Middle East, Ghana, Nigeria, New Zealand and Australia.

The Company is involved in a range of food-related businesses, includiing the manufacture and distribution of branded consumer foods; production of hogs and poultry; manufacture of animal feeds and veterinary products; flour milling; and sugar milling and refining. URC also ventured in the renewables business for sustainability through distillery and cogeneration divisions.

San Miguel Corporation was a big customer of URC.

1992: URC Thailand, one of URC's largest foreign subsidiaries was incorporated.

2013: URC factory in Myanmar was incorporated. 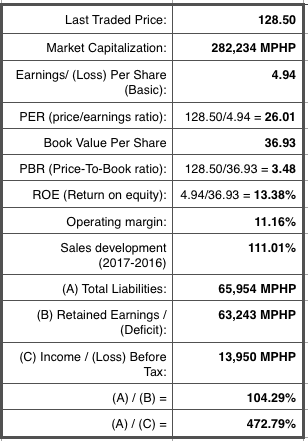 - Director of A. Soriano Corporation